During the past week I worked on separating tileset and background handling from KMahjongg into a new library in the kdegames module (libkmahjongg.)
The goal was to make it possible to reuse this code on KShisen, and possibly other games that might need to render standard mahjongg tiles in the future.

There is still work to do, but the first results of this effort are now in SVN, and KShisen for KDE4 is already using the new shared code.

Here is a screenshot showing the KDE3 version: 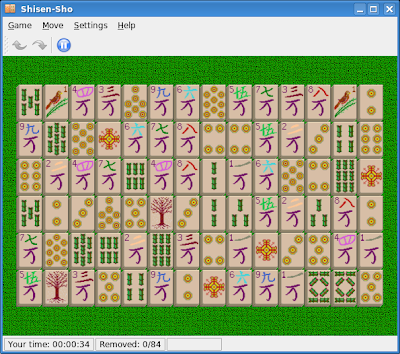 Below you can see two different SVG tilesets for KDE4. The first was contributed by Robert Buchholz, and improves on the classic style used in KDE3: 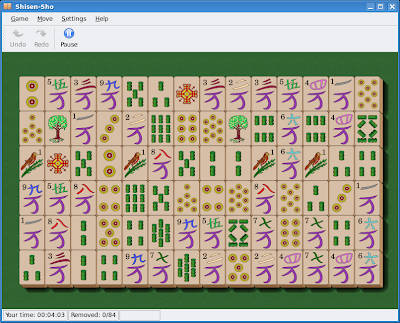 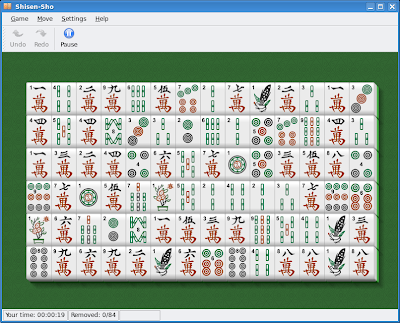 Hope you guys like it. As a side effect of this effort rendering speed has also improved substantially during the last couple of weeks, due to incremental changes and optimizations. Game window resizing (including SVG recalculation) in KShisen now redraws in more or less the same time that it took the KDE3 version to draw the PNG-based theme. Cool.